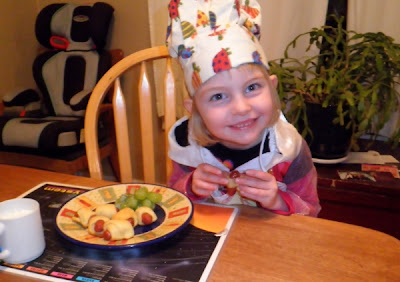 Valentine's Day always freaks me out a little bit.

I've been married 12 years this year, so it's not that I'm newly single.

Maybe it's just that I haven't forgotten a few doozies that I'll remember for the rest of my life.

...and some spectacular days that were pretty darn newsworthy if my life were printed in a newspaper, which thankfully for all of us it's not.

But there was a day five years ago today, after I'd had four of my five miscarriages, including losing my baby boy Jacob the year before...The Valentine's day in the midst of that winter of 2007 in Denver where we had something like 75 inches of snow and 7 back to back to back to back snowstorms, where the snow behind Carl's Italian place on West 38th Street in Denver was so deep that I plowed my Subaru into the snowbank to make a little room for us to park the car, and break the big news.


I had to tell my husband that I was pregnant.

Nothing so far had gone well for us in the baby-making department. In fact, we'd pretty much been abyssmal failures at what seemed so easy for everyone else around us.

But you know, good accidents happen sometimes, and I called my husband up and asked him what he'd like to do for dinner that Valentine's Day evening, he said we could go to Carl's, and so we did.

I thought, as I pulled the Subaru into the snowbank, that I would tell him outside in the car, so if he was going to cry or freak out (like I had been all day) that he could do it in privacy, and then we could decide about going in.

In the past with our first pregnancy or two, I'd done something cute to tell him the news, with the expectation that the pregnancy would go well.

Well, when you're pregnant for the fifth time, and you have no living children, the conversation starts more like this:

"Uh, honey? There's no easy way to say this, so I'll just say it. I took a pregnancy test this morning and it was positive."

He takes my hand. Starts saying really strange things like "It'll be ok honey. We'll get through this too."

And we dissolve into laughter, and of course I punch him.

Then he says "I was just trying to lighten things up a bit!"

It worked, and I punch him in the arm again.


Little did we know that in the next 7 months, I'd be laid off from my job...by the end of the year we'd move to Oregon, and sell our house in Denver (in that order). That I'd be hospitalized for five weeks with placenta previa, and our darling Nora girl would be born healthy and fine, even if she was a bit early.

Happy Valentine's Day to my bestest of the best friend, husband, companion and love of my life. He rides the waves that life tosses towards us and is that eternal voice inside my head that tells me "It's going to be OK".

I love you Bri.
Posted by Jules at 2/14/2012 05:06:00 PM
Email ThisBlogThis!Share to TwitterShare to FacebookShare to Pinterest