The Day I Became A Duck 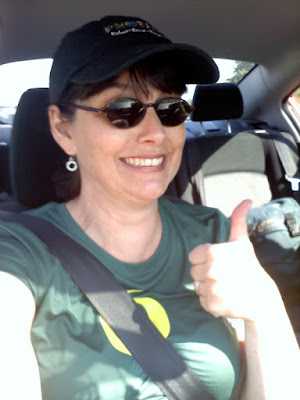 My sister-in-law Julie has season tickets to the Oregon Ducks, since she couldn't make it, and she knew I'm about to head back into a busy school year, she gave me the tickets. 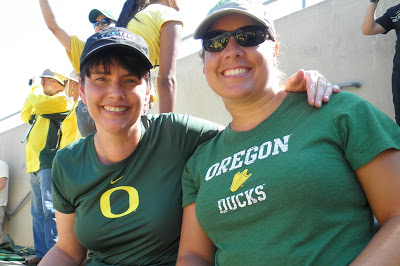 We tried to find a sitter, but we couldn't...then Nora was all sick last night so it was just as well that Brian stay home with Miss Nora...and I took my friend Stephanie from school instead.

We had a perfect timing in getting out of town, navigating crazy traffic to Eugene, and then getting through park-n-ride stuff to the stadium itself. 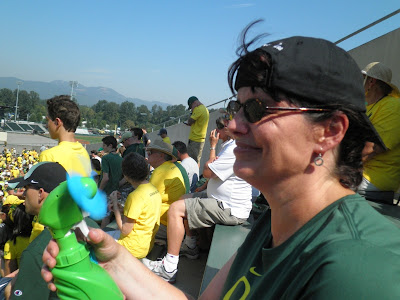 It was super hot (upper 90s) and we had a top of the endzone view of the stadium. What was nice is a VERY good breeze kept blowing, and I took the water fan with me, and we just chug-a-lugged Gatorade and water to stay cool. 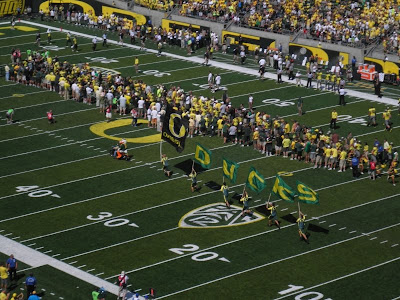 The best part was a 69-20 win over Nevada. Nothing makes you bond with those around you like high-fiving more and more people around you as the game goes on!

I went to the University of Washington for my Bachelor's Degree...and it was funny to go to Oregon, even though my Dad was a Duck. The guys behind me were talking about the Pac 10 (now Pac12 as of this year) and I mentioned being from Washington, and he said "Well, thanks for wearing green!"

Don't get me wrong. I won't be rooting for the Ducks over Washington...but I did thoroughly enjoy my day in Eugene and seeing the excitement of a large crowd, and being part of a great game!
Posted by Jules at 9/10/2011 09:29:00 PM
Email ThisBlogThis!Share to TwitterShare to FacebookShare to Pinterest